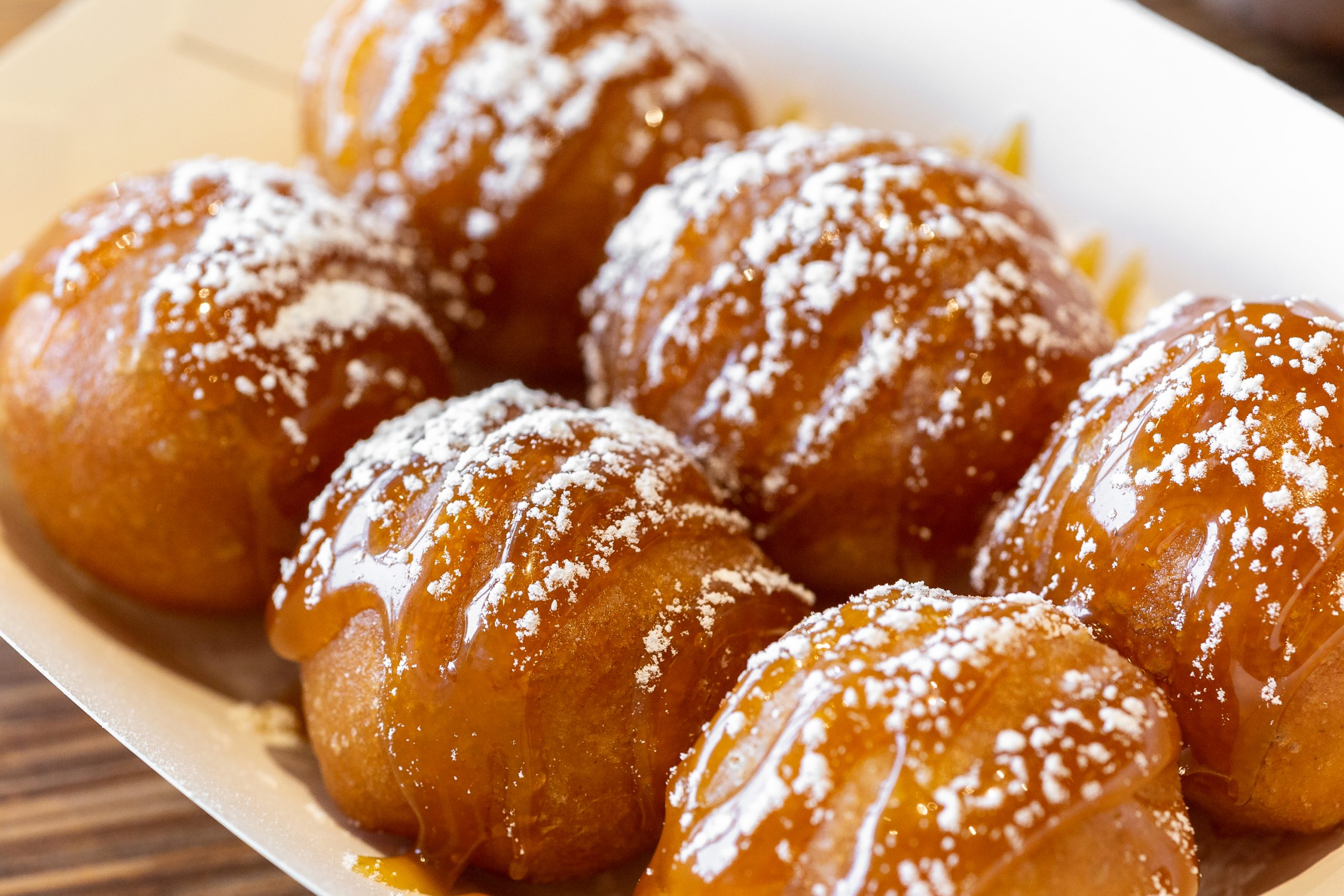 What’s the story behind the success of Mr. Puffs?

From a small food stand to 19 locations and counting in Quebec and beyond—plus plans for expansion—Mr. Puffs is major story of success for Quebec.

In May, Uber Eats revealed the most popular comfort food orders across Canada, and with that came a surprising revelation: In Quebec, orders from Mr. Puffs—a local chain which sells loukamades, deep-fried dough balls similar to donut holes—beat out poutine as the most ordered comfort food in the province. So what makes Mr. Puffs so successful?

While poutine’s a ubiquitous menu item—from small casse-croûtes to fast-food chains selling their own versions—the success of Mr. Puffs was a little more than unexpected. “I knew I was busy, but to be the most popular item? To surpass a staple like poutine?” says Billy Siounis, the president and founder of Mr. Puffs.

While it’s hard to imagine how Mr. Puffs’ 19 locations could beat out a food item that’s practically available everywhere, the success of the dessert chain is both surprising and not. Each of the addresses the company holds have all been running throughout the pandemic—albeit with skeleton staff dressed in PPE that only allow five customers inside at a time—but even now, Siounis is continuing to open new locations: A new store’s up and running in Saint-Jérôme, and another is on the way in Gatineau at the end of June, and a location in Orlando, Florida is in the works. 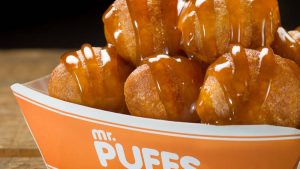 Part of the reason why Mr. Puffs was able to batten down its hatches in a time of a complete upheaval of the hospitality industry’s preexisting models has been its early adoption of services like Uber Eats. According to Siounis, his company was the first to offer dessert for delivery. “Everyone orders food, but no one ever orders dessert,” he explains. “My intention initially was to have a fleet of vehicles coming to deliver to your house—because they’re meant to eaten hot and fresh—but back then Uber wasn’t as crazy,” and instead opted for the plug-and-play system it offered. “The evolution of online ordering has evolved to the point where it’s dominant and the way of the future… it took on a whole new revenue stream on its own.”

Since then, it’s been gangbusters. While sales are down now with none of the usual bumps in orders Mr. Puffs would typically see during weekends—”every day’s a Tuesday,” says Siounis—and sales are down 20%, things are still going strong. With its shift to takeout and delivery, a strong social media presence and charity that saw Siounis driving his food truck around offering free coffee and desserts for frontline workers, the founder has an optimistic vision for the future.

“I consider Mr. Puffs to be the next McDonald’s of dessert. Whether you’re in China, India, Greece, New York? You can identify with it,” says Siounis. “It speaks every tongue, and on a business level, it’s a model that we’ve proven—even through COVID—to weather the storm. Not everyone can state that.” 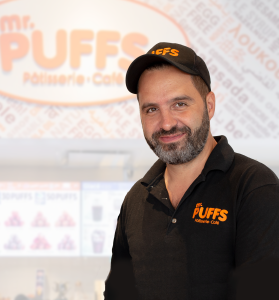 “My philosophy as a founder is to give back to the community, and support those who support you,” says Mr. Puffs’ founder and president Billy Siounis.Photograph: Courtesy Mr. Puffs.

It took Siounis two years to develop the company in the first place before embarking on the company’s first foray into the food business in 2004, when he set up a stand at one of Montreal’s Greek festivals. “The star just aligned,” he says. “Greece won the Euro that summer, Greece hosted the Olympics and Mr. Puffs was born.”

It’s all the more surprising when considering that while the founder been in the hospitality industry since he was 16—starting as a busboy at Moe’s Deli and Bar on de la Montagne—he hasn’t earned any stripes in a kitchen. “After I signed the contract with the Greek festivals, I went to my mom and said ‘so mom, how do you make loukamades?’ I had sixty days to learn,” Siounis explains. “To be honest, I have no baking experience, no cooking experience, I just had an idea. I just winged it. It was trial and error.”

That trial and error led to the creation of something where the sky’s the limit, even though a pandemic is eviscerating the selection of restaurants right now. “50% of stores are going to close, and only the strong will get stronger; multinationals franchises will become stronger, and the restaurant business will become fast casual. That’s it,” Siounis predicts. “In the restaurant business, your margins are so slim to begin with, and you can’t sustain a business with having 50% capacity. Food costs are going up, minimum wage is going up… It’s not feasible.”

For Mr. Puffs, it’s how it offers comfort food in a time of discomfort. “The least I can do is provide some comfort for others, and it’s a reassurance that this is just a phase, Siounis says. “Life will still go on, we have to just keep going.” Even if his company’s loukamades are fried dough balls—albeit fried dough balls that are half the calories and half the sugar and salt of traditional donut holes, according to the company’s own nutritional analysis—they’re the hottest thing in Quebec right now. (Vegan-friendly too, as theres’ no dairy or eggs in them!)

“Obviously it’s still fried, so it’s not healthy for you,” Siounis says, “but if you’re gonna cheat, cheat Greek